Creating a Life of Choice

It’s not the harshness of the concrete floor because she only has to sleep there when it rains.

When the skies are clear she can sleep in the dirt which is better than the harshness of the concrete floor.

It’s not the harshness of the concrete floor, although it does hurt on her tiny hips and those other sticky out bits.

It’s not the heat of the night that keeps her awake, because that’s better than the chatter of teeth when there’s a chill at night.

She’ll go to bed hungry tonight but that’s nothing new,

she did have some left over rice yesterday so everything is not that blue.

It’s not the buzz of the mozzies in her ear

its the sickness that comes with the dengue fever that she fears.

the alcohol will take him away.

she’s had a bed and had someone to feed her

Culture says he should be looked after

Culture says its her turn to be the father

Don’t complain little one, you’re with your father

You’re better off this way, so they say.

she will soon be the mother of her own little one.

This is the story of Tan and sadly it’s true. Tan and her sister Tip were rescued from the back of a temple where they lived with their alcoholic father. They came to Baan Tharn Namchai, the first home we built after the tsunami. They excelled at school and thrived with a full belly and full heart. 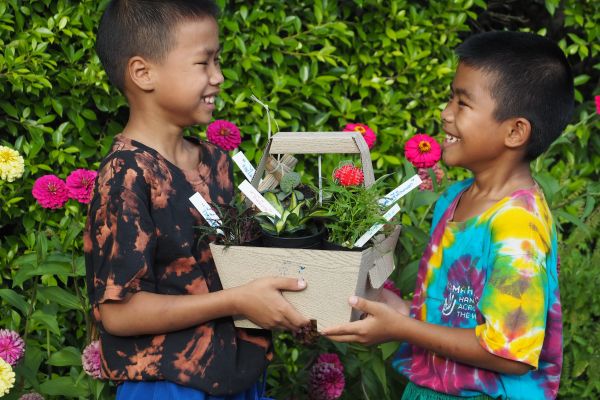 The beautiful Tip drowned in a tragic accident trying to rescue one of the little girls and it was when we returned to her village for the funeral that her father prohibited Tan from returning to Baan Tharn Namchai. In his view she was now old enough to work and care for him. She was 14.

Tan left school from where she had excelled, she left her friends, she left the luxury of consistent meals and left any type of meaningful support.

At the age of 14, she would give birth to her first child.

Before she would leave her teen years behind she would be a mother for the second time.

If equality is based on access, access to healthcare, education, protection and support then we have failed in this instance. And by refusing to allow Tan to return to Baan Tharn Namchai her very father has failed her miserably. Condemning Tan and in all likelihood her children to a life of poverty and a daily fight for survival.

It could have been so different.

At Baan Tharn Namchai Tan was school yard friends with Mook who also lived at BTN. The two of them grew and shared their time together. Unlike Tan, Mook remained at BTN, she was able to finish school, and with the support of Hands Across the Water she went onto University graduating with a degree in Marketing and now works in an advertising agency with our great friends at Media merchants located at Pyrmont just on the other side of Darling Harbour.

It fills my heart with joy to see the life of choice that now exists for Mook thanks to the many supporters of Hands Across the Water.

We measure our success at Hands Across the Water by the choice the children have when it comes time for them to leave. Our job is not done by providing our kids with the basics of food and shelter. That is not enough. 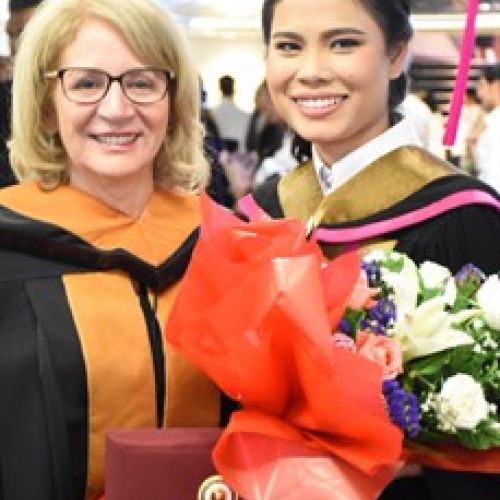 We measure ourselves by the opportunities that lie before each of the children when the time comes for them to leave. We want them to have a life of choice rather than one of chance.

The greatest commitment we can make to society is not merely caring for those in need, but building our leaders, creators, thinkers and designers of tomorrow.

47 is the current number of children we have studying from across our seven homes at University today. They study courses from MicroBiology to Chinese literature, marketing, law, business and film production.

We have a growing number of alumni, young adults just like Mook who today live a life of choice rather than chance. It’s what we do at Hands Across the Water.

Hands Across the Water is dedicated to enriching
the lives of disadvantaged children
and communities in Thailand.